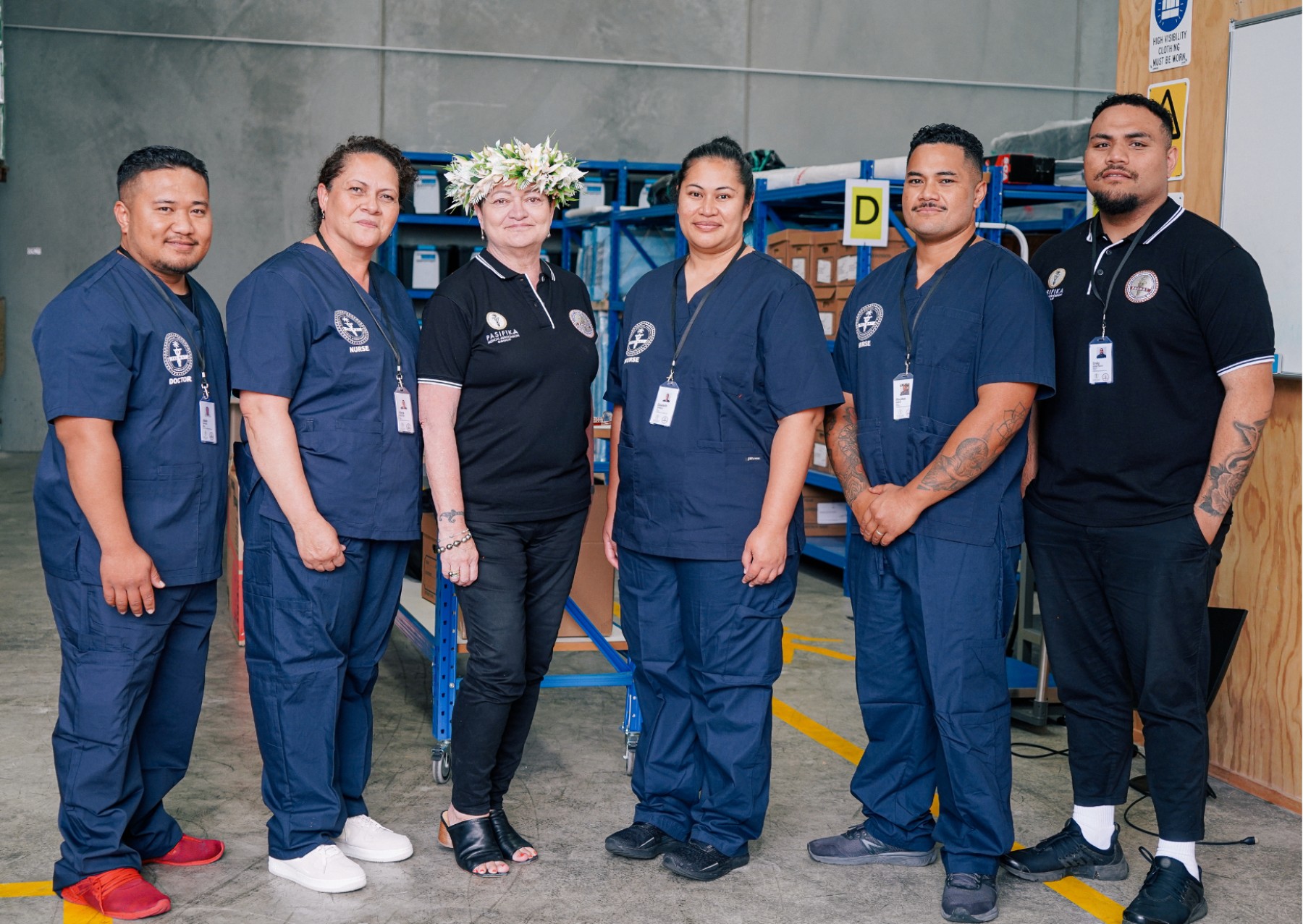 The Pasifika Medical Association's (PMA) Medical Assistance Team (PACMAT) will be deploying tomorrow to Niue as part of a mission to support the island with their current Covid-19 outbreak. The deployment is funded by PMA with a team consisting of one doctor and three nurses.

In an interview for PMN Tonga, PMA CEO, Debbie Sorensen, says the PACMAT Niue team will be there as additional clinical support.

"We've had a long relationship with the Government of Niue. This is the second time in the last twelve months that we've been asked by the Niue Government to provide support. One of the things that we're able to do, which is unique to us, is to stand up a team quite quickly when they are required.

Our team is there to provide additional support to the doctors and nurses at the hospital, to make sure that anyone coming on to the island, if they become unwell, that there's enough capacity to look after them."

Sorensen highlights the significance of the team being largely Niuean.

"Having people who are familiar with the community, have strong community links with families, but are also clinically very experienced, is really helpful.

Although we worry about the outbreak and community transmission in Niue, what we do know is that there are plenty of willing volunteers to support the health system there to manage the cases as they go through."

In an interview for RNZ, PMA Group Board Director, Sir Collin Tukuitonga KNZM FNZCPHM, says the PACMAT team will help alleviate the workload at the hospital during this period.

"In response to a fairly rapid escalation and a number of new cases, at the time we were talking there were 60-plus cases. It doesn't sound like a lot here but it is enough over there to cause them some concern partly because some of their nursing staff were affected and were away.

The immediate crew of three nurses and a doctor would be primarily relieving the nursing, the clinical staff and the care of patients and supporting them."